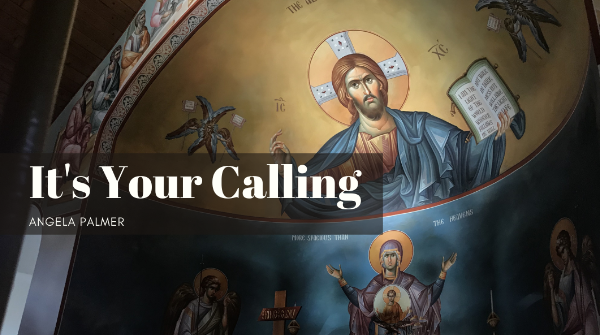 AP: I grew up in the village of Pikerni in Greece and went to church every Sunday with my parents and family. The village was like a family; everybody knew each other. At age thirteen we moved to Tripoli where I continued my education, including theology classes at school. That helped me a lot, to understand our religion better. At age thirteen I had to stand up in a church of four hundred people and recite the Creed by heart. My knees were shaking, but I did it.

I came to Denver from Greece in 1967 with my mother, two brothers, and sister. My father and other relatives had already come over and settled in Denver. We came by boat, which took fifteen days, since air travel was too expensive at that time. I did not speak any English when I came, so tutors helped me during my school years. At age seventeen I took the SAT and was accepted to Metro State University, where I graduated with a degree in education. My wedding was one of the first weddings held at the Greek Cathedral in Denver, back when it was on Pennsylvania Street and before they built the new Cathedral. At that time were no columns in front of the church, and no iconography inside.

I have three children, two boys and a girl. When my oldest, the daughter, was six months old my husband and I moved from Denver to Fort Collins.  I had to leave all my extended family in Denver and it was very difficult. I stood in the middle of our new apartment in Fort Collins with my baby in my arms and cried. And the baby started crying, too. But I realized that was not the thing to do, so I got busy. I taught school and then gave that up to start a floral business with my husband, Palmer House Florist, which later became Palmer Flowers. I also started the Palmer School of Floral Design. I had more children and opened several more floral shops, continued teaching floral arrangement at my school and at Front Range Community College and CSU, and even wrote a book for the floral industry. It was our goal to have the best floral designers working for us, and we achieved that goal. Some of them are partners now.

During that time we continued to come down to the cathedral in Denver for church, as there was no Orthodox parish further north. Later, I sometimes went to the Antiochian parish of St. James, which was located in Windsor in those days.

St. S.: Talk about the event that prepared you for being part of forming a new Orthodox parish in northern Colorado.

AP: I was headed to Nebraska to watch one of my sons in a basketball game. The weather was terrible that day and I was in a bad car crash. I found out later that there were thirteen deaths that day from accidents on that highway and only three people involved survived. It made me think: God has a plan for me. My injuries from the accident made it impossible to continue designing floral arrangements, but I could still sit and teach.

St. S: And some time after that the bishop called you, right?

AP: Yes, in September of 2001 I was shopping one day at Best Buy when His Eminence Metropolitan Isaiah called my cell phone, asking if this was Angela Palmer. My knees were shaking and I had to sit down. I thought, have I done something wrong? But the Metropolitan told me he wanted me to be part of starting a new Greek parish in northern Colorado. I told him, “There aren’t enough Greek people up here to start a church.” But he said we had to try. He said, “It’s your calling.” I thought back to the accident and how I believed I had survived for a reason. And this was the bishop talking to me, so what could I say?

With the help of retired priest Fr. Peter Harrison, who would be our priest for the next seven years, we went through the Fort Collins phone book and called people in the area with Greek last names, telling them about the vision for the church. I came to Kosta Constantine’s name and figured that he had to be Greek. And Kosta and Nancy joined us! Some people I called were excited, though others objected because of lack of funds for something like that. But twenty-five people showed up for our first service on November 25, 2001, held at my school, with Fr. Peter using my teaching desk for the altar. That first liturgy fell on a special day for me, the day of the commemoration of St. Catherine. Fr. Peter served liturgy every other Sunday, and six founders signed the incorporation of the church. Four of us are still here.

After meeting in the floral school for a while we rented space in several different buildings before we purchased the church on Fifth Street in downtown Loveland, and finally, our present building, where we settled in 2015.

St. S.: There’s a story about how the patron saint of this parish was chosen, right?

AP: Yes, we had to vote for the name of the church and the bishop gave us fifteen names to choose from. When the people voted, it came down to St. Spyridon and St. Anna, the mother of the Virgin Mary. So I asked Fr. Peter why the bishop would give us St. Anna when we already have the monastery of St. Anna [Ed: in the mountains, attached to the Denver Brotherhood of St. George]. I thought this would be confusing for people, to have two St. Annas. So everyone went back and voted unanimously for St. Spyridon. This was special for me, since I had a number of relatives named Spyridon, and so did my husband. Somehow, this confirmed even more that God had a reason for including me in the founding of this parish.

After my brother George was murdered in 2017, I felt I needed to go to Corfu, where the relics of St. Spyridon are. That was very special, and so was Jerusalem.

St. S.: Why do you stay in the Faith you were raised in?

AP: People have tried to convert me over the years. They come to the door, Jehovah’s Witness and others. But the Orthodox Church is two thousand years old. It is the Faith. It’s what connects us. I cry for joy to see our temple so full.

St. S.: You have watched God be faithful for many years.

AP: Yes, you have to try. I had no idea what God would do when Fr. Peter encouraged me to look through the phone book for Greek names. We did not have enough money to pay him, but we came up with the money somehow. We did fund raisers and many different things for what we needed, just kept trying. I always believed Sunday was not for me; it was to praise the Lord. We don’t know how we’re affecting other people’s faith by our own faithfulness.

St. S.: I can see why His Eminence approached you. You get things done, Angela. Thank you.

[Ed: For those interested in many more details about the founding and early days of St. Spyridon parish, stay tuned for our Greek Gatsby twentieth anniversary gala on Saturday November 6, 2021.]

Angela Palmer is a native of Greece and a founding member of St. Spyridon Orthodox Church in Loveland, Colorado. She has a degree in education from Metro State University...[more]
[click here to view all Parish Life posts]
“An Orthodox community where people find transformation in Jesus Christ.”

Angela Palmer is a native of Greece and a founding member of St. Spyridon Orthodox Church in Loveland, Colorado. She has a degree in education from Metro State University, and with her husband started a chain of florists in the Fort Collins area, Palmer Flowers. She also founded the Palmer School of Floral Design and has taught and written for the floral industry at the college level. She and her husband have three children and several grandchildren.