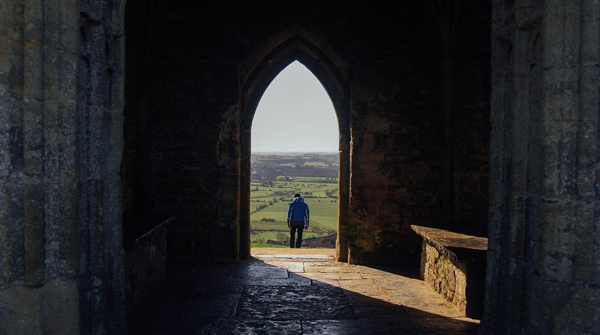 My brothers and sisters, as I will be out of town for Forgiveness Vespers, I ask for your forgiveness for all the sins and stupid things I have done to you and within our parish community. May God have mercy on us all and may we all draw near to Him.

I would also like to provide you a bit of an explanation to Father Evan’s comments a week or so ago about my attraction to the beauty of forgiveness, and more particularly the amazing math behind the power of forgiveness.

At the close of the Sunday of Forgiveness Vespers we are officially at the start of our Journey of Great Lent. As Father Evan explained, our journey should encompass three important traits: humility, repentance, and forgiveness.

At Forgiveness Vespers, the Church gives each of us the opportunity to approach our brothers and sisters in humility; to repent before one another; and to receive and give forgiveness. It is not by chance that this act of asking and giving forgiveness, in humility, is the first sacramental act we do as we enter Great Lent. It is not a stretch to say that our asking and giving forgiveness is one of the most important things we will do during Lent.

Math can provide a way to get our minds around what is going on. I sense many eyes rolling, much like Fr. Gregory (our priest from MD), and Fr. Evan when I repeatedly related how many acts of forgiveness occurred during Forgiveness Vespers. Math is a way God has given to us to dimly see His eternal realm, a tool He allows us to use to see His beauty and magnificence.

But the act of asking and giving forgiveness has another dimension with the same amazing dynamic. This dimension is how our individual acts of forgiveness are linked together and linked over time.

There is an ancient monastic belief that we should recognize that we are responsible for all that occurs in the world. St. Doretheos of Gaza speaks of this ideal:

“How much joy, how much peace of soul would a person have wherever he went if he was one who habitually accused himself…
… that person would have complete freedom from care.”

My initial reaction was: “Surely this idea is wrong.” It has taken a long time, but I am slowly and dimly beginning to understand the profound wisdom of our Faith. Our acts of giving and receiving forgiveness are not done in a vacuum. Yes, they are individual acts, and are important in and of themselves. But forgiveness from an Orthodox perspective is also a corporate undertaking which have lasting repercussions.

Our actions affect not just us and those we interact with, but they potentially influence others in future. You must be thinking I am nuts! What in the world do you mean? Let me try to explain… My actions today affect those around me immediately. However, if my actions affected someone in my family or the parish profoundly, my actions may well influence others through the actions of those I initially adversely affected. And those follow-up reactions may affect even more people though their subsequent actions and reactions. A potentially long-lasting chain of action and reaction may occur.

If true, what can we do? We must recognize that the act of giving and receiving forgiveness is the most powerful and beautiful tool the Lord has given to us to break the diabolical consequences of these wicked chains of action and reaction. Our acts of forgiveness, though initially individual, have the potential to stop these deadly chains of action and reaction if our acts of forgiveness are multipled within our communities.

Still too hard to believe? A simple case study might help us see the amazing, beautiful and infinite power of God as we ask and give forgiveness to others. The City of Loveland has a population of about 75,000 people. Let’s say 20% (15,000) of those people begin to ask and give forgiveness to a circle of 100 people they know. There would be nearly three-quarters of a million acts of forgiveness between those 15,000 people. Can you imagine what kind of large wake would be created within the Loveland community by this type of love being shown to one another. And what would Loveland (or our parish) be like if those 15,000 (or all in our parish community) committed to giving and receiving acts of forgiveness as a part of their daily lives. Not only individual lives, but whole communities would be transformed!

Our upcoming retreat leader, Fr. Stephen Freeman sums up the importance of asking and giving forgiveness by providing a sense of what the world might be like if we all practice forgiveness. He says:

“In the age to come, you will have no enemies. Forgive them now and enter Paradise!!”

My brothers and sisters, may we all be willing to step out this Lenten Season and ask for the Lord’s help as we begin to live a life characterized by forgiveness.

Having retired from nearly 33 years of government service, Dn. Mark returned home to Colorado and joined the community at Saint Spyridon Church in 2010. Dn. Mark completed the St. Stephen’s course of studies and was ordained to the diaconate in 2003. He served for nearly 8 years as a deacon at Holy Cross Orthodox Church in Linthicum, MD. Dn. Mark received both his MBA and BS (Math) degrees from Colorado State University.