Spyridon the Wonderworker of Trymithous 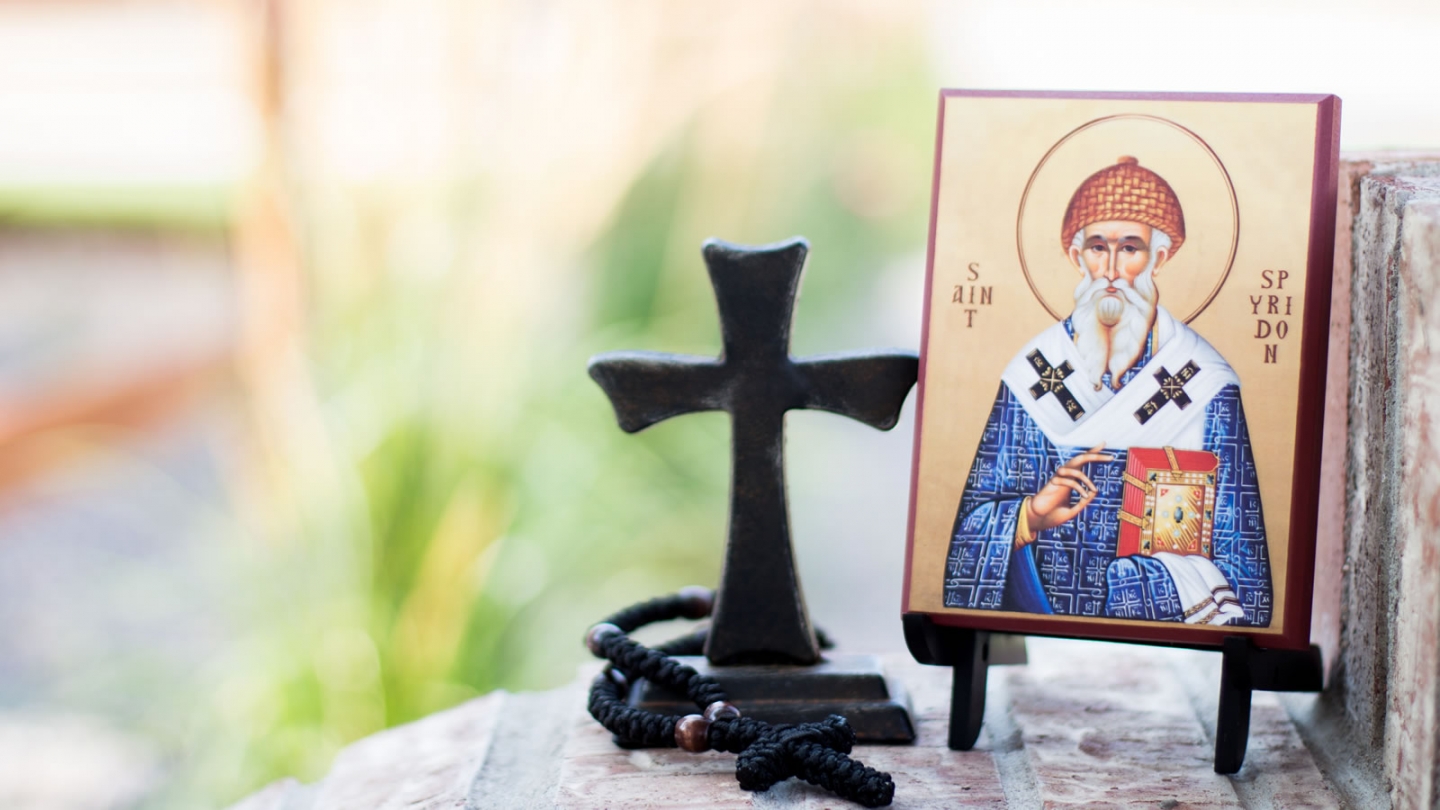 It should be known that, first of all, the true “saint” or holy one is God himself. Holiness and/or sainthood is gifted to man by God through the Holy Spirit. As we live our lives we make an effort to participate in the divine holiness of God through Christ. While St. Paul pointed out that all Christians could be called “saints,” there is also another category of “Saints” who are honored in the Church. (To learn more about Saints and sainthood, click here.) A Patron Saint is regarded as an intercessor and advocate in Heaven for a parish, group, activity, or person. The adoption of a patron saint goes back to the construction of the first public churches which were typically built over the graves of martyrs and subsequently named after them. Today, a patron saint is chosen because of some connection between that saint and the location, priest, parish, or parishioners.

The patron saint of our parish is St. Spyridon the Wonderworker. He is known as the God-bearing Father of the Church, and the great defender of Corfu. Having lived in Cyprus as a shepherd of sheep, he was simple in manner and humble of heart. He was married and had a daughter whom they named Irene. After his wife’s departure from this life, he was appointed Bishop of Trimythus. He attended the First Ecumenical Council in Nicaea, and by means of his simple words, stopped the Arians who were wise in their own conceit. By the divine grace which dwelt in him, he performed great wonders and was given the surname “wonderworker.” After having tended his flock piously and in a manner pleasing to God, he departed this life in the year 350. He left to his country his sacred relics as a consolation and source of healing for the faithful.

Around the middle of the seventh century, his sacred relics were taken to Constantinople where they remained, being honored by the emperors themselves. But before the fall of Constantinople, which took place on May 29, 1453, a certain priest named George Kalokhairetes, the parish priest of the church that contained St. Spyridon’s relics, took the relics away on account of the impending peril. He reached the isle of Corfu about the year 1460. The relics of Saint Spyridon remain to this day the most precious treasure of the priest's own descendants. They continue to be a staff for the faithful in Orthodoxy, and a supernatural wonder for those that behold him. Even after 1,500 years, they have remained incorrupt, and even the flexibility of his own flesh has been preserved. Truly wondrous is God in His Saints! (Ps. 67:3 5)5)