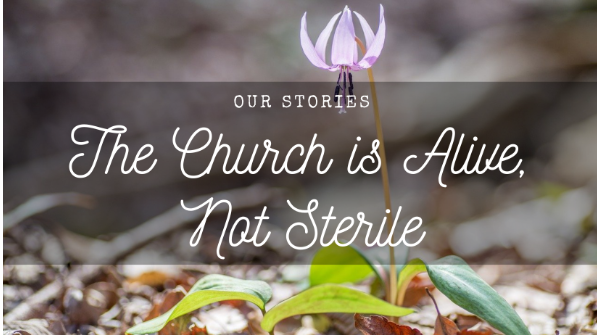 I was born in Cairo, Egypt in 1929 and grew up in a loving home. My father was an evangelical pastor, so I was a preacher’s kid and had to behave myself. At age thirteen I came down with typhoid fever. My case was serious and I could have lost my life, but God spared me. At seventeen I went to a revival meeting and the preacher asked, “What would happen if you died tonight? Where would you spend eternity?” I remembered how close I had come to dying several years before, so committed my life to Christ. I was terrified. And now I’ve been walking with Christ almost seventy-five years.

Soon after that our family immigrated to America and settled in Philadelphia, where my dad filled an opening for a pastor in a church there. I started working full time immediately and went to school at night for ten years to get my degree in chemical engineering. I married a wonderful woman, Marion, and God blessed us with three children. During this time God put a real desire in my heart to preach and disciple, to be involved in ministry. At this time, we moved from Philadelphia to Winchester, Virginia because of a job.  We joined a Baptist church, but it didn't feel right; we didn't feel our needs being met.

We were in touch with three other couples who had similar goals spiritually, and similar frustrations. With those three couples, Marion and I started to pray several times a week at six in the morning, and through various circumstances we finally formed a new church. I was appointed to lead the group and did all the preaching and teaching as a lay pastor, which I absolutely loved. But I was working full time and as our numbers increased, I couldn’t do it all anymore. So we called our first pastor and the church continued to grow. We moved away from there but a few years later Marion and I helped start two other evangelical church in the Washington, D.C. area and later in Ashville, North Carolina.

It was during this time that my wife had a sudden heart attack and God took her home. I was not interested in another marriage but God brought Carol into my life, a former Campus Crusade staff worker and a leader in women’s ministries who had been a good friend of Marion’s. In a short time we were married and moved back to the Washington D.C. area to help start another evangelical Protestant church. Three years later, I left full-time ministry, took another job in industry, and moved to Asheville, North Carolina. There, Carol and I continued in lay ministry.

I retired from industry at a certain point and Carol and I moved to Denver to be near my kids and Carol’s family. We couldn’t find a church we liked and were very frustrated. We just weren’t connecting with any of the churches we visited. I was so tired of it and thought about not even attending church anymore. But a friend of Carol’s was attending an Orthodox parish and sharing out of her experience. Out of curiosity and our deep need we visited St. Luke, to get a feel for Orthodoxy. It was a mid-week service, and part of the service was a blessing for pets. Between all the cats and dogs and the unfamiliarity of the service, I told Carol, “I can’t handle this. Where is this going?” But Carol said, “Look, we don’t have to join anything. But look further into Orthodoxy.” She’d read Fr. Peter Gilquist’s book, Becoming Orthodox. She’d known about Fr. Peter because he had also been on staff with Campus Crusade. Fr. Peter and five other Campus Crusade leaders were convinced Orthodoxy was the way and they all became Orthodox priests. I just wanted to know: These people were all evangelical Protestants and they became Orthodox. Why?

St. S.: So that’s what started you thinking, that book?

AS: Yes. The more I read the more I realized. I realized that in Protestant circles nobody is talking about what happened before the Reformation. I asked myself, “What about the first 1500 years of Christianity?” After all, the Church started at Pentecost. I thought, where have I been? I realized all the stuff I had missed. Along with history, I learned about the Sacraments—the Eucharist, confession, baptism, and all the rest. The thing that really tripped me at this point was when I was told that I couldn’t receive Communion unless I was Orthodox. What?! I went home and wept. How do you dare tell someone who had been a Christian for over fifty years that he couldn’t receive Communion. But the more it was explained, the more it made sense, because Communion is serious. I went through the Scriptures and saw that.

This new understanding of Communion was a pivotal point in my life. I marvel that Christ loves me so much. When I partake, I am partaking of Christ Himself.

Day by day I understood more of what the Orthodox Church teaches. My eyes began to open. There were so many things I still didn’t fully understand, but I saw that the Church is alive, not sterile. In 2002 we were chrismated to became Orthodox.

St. S. So I sense that’s what you want to leave with people—this reality that you were involved intensely as an evangelical and know exactly why you became Orthodox; that you know the distinct differences and made a sober and conscious choice to enter the Orthodox Church, the ancient faith.

AS: Yes. There is so much. The icons, the martyrs, the Pantocrator icon where Christ is holding out his arms as though he is saying, “Come unto me, because I love you.” I am ninety-one. The Lord has been such an incredible help to me through all these years, through much pain and many losses, changes, and illnesses. I will always say, “God, thank you for loving me unconditionally.”

Arlen Sarian has been a member at St. Spyidon since 2009....[more]
[click here to view all Parish Life posts]
“An Orthodox community where people find transformation in Jesus Christ.”

Arlen Sarian has been a member at St. Spyidon since 2009.