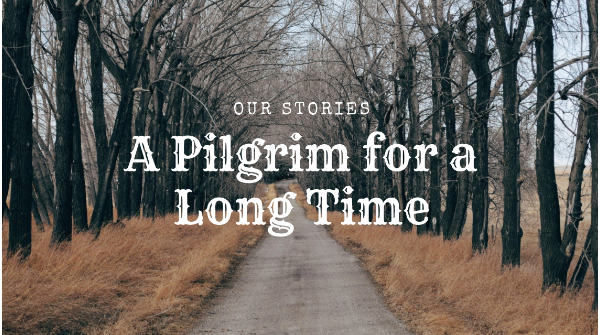 A Pilgrim for a Long Time: An Interview with Church Sexton Darrell

St. Spyridon: Tell me about your religious background, how you grew up.

DF: I grew up going to church a little bit, as my mom was Roman Catholic. I went to Catholic school for a while but got kicked out.  In junior high we had a counselor who led a Bible study in his basement. It was during the Jesus Movement in the seventies, and that’s where I started having faith in God. I grew up near Boulder, Colorado, and one day at a bookstore downtown I discovered a book called Tao Te Ching by Lao Tzu, and I sat there in the bookstore and read it from cover to cover. Another formative book in my life at that time was Siddhartha by Hermann Hesse. Starting the day I read that, I wanted to sit by a river and become enlightened. Another influential book was My Side of the Mountain by Jean Craighead George, about a boy who runs away and lives in a hollowed-out tree. So I did that, ran away for a few days. I was about twelve.

Those were formative, early things. All through high school and for ten years afterwards I was a student of the world’s religions, looking for truth. Anything and everything was okay for me; I wasn’t going to discount anything. Having said that, I wasn’t very academic about it. For me it was more experiential. Living so near Boulder, I would go to Hare Krishna chanting and all kinds of things. I turned twenty-one in India, on a pilgrimage. A highlight of that time was sitting on the bank of the River Ganges in Varanasi where they have the funeral pyres. Hundreds of people are cremated there and their ashes are put out into the river afterwards where they float away. So I’ve been a pilgrim for a long time.

In my early twenties I had a spiritual crisis, I would call it. I prayed to God, asking to know the truth even if was Christianity. I didn’t want it to be Christianity, because it was so uncool. I saw a lot of hypocrites, because when you’re a teenager it’s pretty easy to spot hypocrisy, though you may not see it in yourself. It’s easy to see it in other people. At that point though, I started to consider Christianity a lot more seriously, after having had a good look around at other religions. I entered into a phase I call “the acquiring phase,” where I acquired education and degrees, a home, wife, children, and lots of stuff—vacations, nice cars, a better career. I got to be pretty successful, but the spiritual part of me was more and more in the background.

When I was fifty I had a mental breakdown. I lost a lot and gave up my career.

St. Spyridon: What were you doing at that time?

DF: I was a perfusionist, the clinician who operates the cardiopulmonary bypass machine during cardiac surgery. After my breakdown I couldn’t do that anymore. It wasn’t safe. My wife and I separated, sold our home. Our children were grown and out of the house. I simplified my life out of necessity. I had a renewed interest in the spiritual side of things and ran across a book called Christianity for Dummies by Richard Wagner. There was a section in there on the history of Christianity, which included a section on the Orthodox Church. That was the first time I’d heard of Orthodoxy. I looked up Orthodox churches and found one nearby. I met the priest, Fr. Evan Armatas, early in his time as priest at St. Spyridon. I attended services there and felt at home. I’d found what I’d been looking for all my life. I had some experiences during the services that are hard to explain and really helped me. I’d come early in the morning to enjoy the quiet before the services. I loved quiet. Eventually I got involved in the altar work and have been there since.

St. Spyidon: So, there was a transformation in your heart and mind. And you’ve been around St. Spyridon for a while now. Why do you stay?

DF: Because I believe it’s the truth. We all have our doubts, and I have my own from time to time. But something I remember often is from John 6: 51-68 where Christ was talking about the Eucharist and said, “I am the living bread which came down from heaven: if any man eat of this bread, he will live forever: and the bread that I will give is my flesh, which I will give for the life of the world.” Many of the people listening that day found this too hard to believe and went away. Jesus asked his other disciples, “Will you also go away?” The apostle Peter said to Christ, “Lord, to whom shall we go? For you have the words of eternal life.”

So when I have doubts, I just ask myself, “Where else would I go?”

Darrell, a Colorado native, and his wife Lisa have two children, Abigail and Benjamin. Darrell received a B.S. degree from Seattle Pacific University in nursing and a B.S...[more]
[click here to view all Parish Life posts]
“An Orthodox community where people find transformation in Jesus Christ.”

Darrell, a Colorado native, and his wife Lisa have two children, Abigail and Benjamin. Darrell received a B.S. degree from Seattle Pacific University in nursing and a B.S. degree in perfusion technology from Rush University in Chicago. As a perfusionist, Darrell assisted Cardiac surgeons along Colorado’s Front Range. He is now semi-retired and works part-time as a private duty nurse. Darrell entered the Orthodox Church in 2008 and serves as St. Spyridon's church sexton, leads the Side by Side support group, and helps lead the altar care, and altar server ministries.