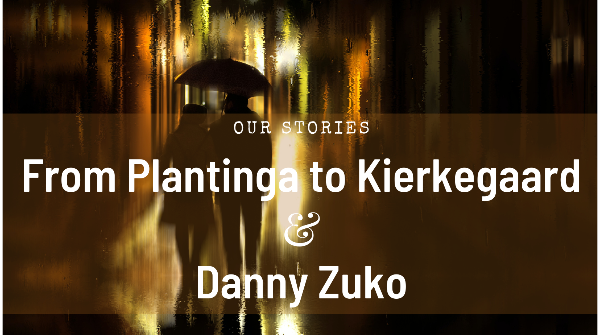 Small towns have a way of getting in your blood. Rarely will you hear of people exclaiming when they are long in the tooth that they wish they could go back to the big city. The desire is to answer the call of home, the life of the blood. The small town of my childhood, rooted inside me like the old oak on the hillside, extended its grip beyond the surface and into my very heart. I grew up on the outskirts of a small southern oilfield town on 320 acres that, if described by any writer of merit, would reflect a barren wasteland mirroring a national disaster rather than a place of idyllic tranquility. Yet it was home, and it was where I met Martha.

To say that Martha and I had been childhood sweethearts would have been an oversimplification, for sure. Our romance was more fiction than poetry, more coffee than wine, and more from necessity, like the alarm clock beckoning one from slumber for school. This is not to say I wasn’t crazy about Martha, because I was. Certainly, any of us who have grown up in that waystation before paradise knows that opportunities for dreams are sometimes struck against the harsh realities of twelve doublewides, a gas station, and a liquor store owned by Barney, the proverbial village idiot. Martha sparkled like the diamond in a goat’s butt! I was the envy of my graduating class of twenty. She and I were like peas and carrots long before Forrest Gump stole my thunder. Our bond and closeness was predicated on both our dreams and the opportunities for realization beyond the pump jacks and rolling tumbleweeds. We both wanted adventure, and in conversation each of us allowed the other to paint that picture in any way we chose, as long as it was painted on the canvas of the other. Martha gave me confidence and I can’t help but believe I gave her the same. She was my constant companion through those formative years and our relationship gave structure and meaning to a young man who may very easily have lost his way. I indeed loved Martha.

Martha decided somewhere in the middle of our senior year that she was going to attend college with me. I had received a small scholarship to play basketball and since she had decided to major in analytic philosophy (the school had a great department), she figured being with me was better than being alone. This was the pretense in which we set out on the adventure that would be our undoing, though I am getting ahead of myself. College started for us like for most, with excitement, anticipation, and a desire to understand more than we knew. Which, for both of us, in light of our educational history, was as significant an undertaking as learning to double-knot a shoe! We knew some things, but that is always relative.

We both poured ourselves into studies and the goal of meeting and making new friends. I was immediately more successful than Martha in this endeavor. It appears reading Nagel, Kuhn, or Wittgenstein, and having them as your primary conversation partners, will constipate any person’s attempt at getting to know someone. Martha ended up being really constipated and no dose of Miralax would help. The first sign that something was amiss in our relationship came from a completely innocuous misstep by myself. I had decided that I would make dinner for Martha, a task that I had just recently discovered I was particularly suited for. My quesadillas were lauded highly by the young men from the Chinese Club, and I was eager for Martha to give them a try. I had the table set, the music on (Hank Williams Jr. on blast) and the butter a-bubbling. I was ready. Martha entered, looking haggard. Not the haggard like when someone just gets out of bed, but the haggardness of someone who might have been up for twenty-four hours reading Kant and listening to Merle Haggard. Man, that’s a picture. That is how she looked.

Of course, out of concern I asked, “Has Kierkegaard been that hard on you?” Oh man, that was the wrong thing to say. Anyone who knows philosophy knows that Kierkegaard was not an analytical philosopher (and thus a creampuff driven only by existential curiosities) and that I had just insulted Martha in a most ardent manner. Reacting like Elizabeth Bennett at Mr. Darcy’s first proposal, she said, “From the very beginning, from the first moment, I may almost say, of acquaintance with you…” well you can picture the rest if you’ve seen the movie. Needless to say, it was not a pretty sight and my overall impression was that if I did not increase my vocabulary and knowledge of analytics soon, I would indeed be left in the pouring rain. Well, what in the world should one do if they are standing in the rain? I guess get an umbrella.

My introduction to Sophia came very close on the heels of this unexpected happening. She was the new girl in school, a transfer from an obscure college that most of us could not even pronounce. Everyone thought she was odd. First, she had to be called Sandy (apparently because she loved the movie Grease), she carried an aromatic quality that followed her like a kid pulling his Radio Flyer, and she talked to herself incessantly. Any of these particular idiosyncrasies would have been enough to ostracize anyone from the group, but altogether they equated to complete alienation. Martha even joined in the fun one evening by pointing out that poor Sandy (who was also a philosophy student) was so engrossed in a C.S. Lewis book that she hadn’t paid any attention to the other students’ explanations of Alvin Plantinga’s modal argument. Pff, what an egg!

My first direct contact with Sandy was strange, to say the least. While looking through the university library for cookbooks (little did I know they didn’t even have a cookbook section), I noticed Sandy sitting on a stone, crying and weeping because she was all alone. No, that’s not exactly correct, she was just sitting at a work desk. But for some reason that old diddy came to mind. It was my first introduction to that aroma of hers I had heard so much about. While others had described it as “campfire,” to me it presented itself as freshly cooked Krispy Cream doughnuts. Well, no, that is not exactly right either. The aroma was like the Shalimar perfume that my mom wore every day when I was a kid. You ever smell something that brings to mind a hundred memories that float around like butterflies above your head and refuse to be caught? That’s what Sandy’s scent did to me.

Caught in the moment of the memory and noting her picturesque presentation, I decided to approach. She was guarded though affable; deep, though so easy to read; a stranger but also something like a guardian or a Way. Maybe an analogy would help. Have you ever had deja vu? Not like the ripple on the water when someone skips a rock, but like the fat-kid-cannonball deja vu? Something so right in your face that you could not help but feel like something deep within you had been in that moment before? As though you had been created for that moment? That was how it was for me, meeting Sandy. I was struck by the honesty, the beauty, and the reality of this person and I wouldn’t be the same again.

Well, without boring you with the details I will tell you that my relationship with Martha was short-lived after this moment. It was like witnessing the sunset over the Rockies when the leaves are starting to change in the fall, standing there in awe over the instance. Like a real Taster’s Choice moment, and then going back to your Bob Ross painting that is supposed to reflect the same thing and recognizing it as a cheap imitation. Like, real cheap; I bought that Bob Ross landscape for two dollars from the Goodwill store. That is how I felt. I broke it off the only way I could: I told Martha I was a fan of C.S. Lewis, watched her squirm, then walked away.

Today I sit reflecting, after thirteen years with Sandy. I am proud to say that I now like philosophy, the Continental kind. I too walk with the aroma on me and sit with my thoughts. I am prone to speak a single sentence to myself with repetition and of course there are those who think I am crazy. But when I walk outside and it rains, I am glad I have my umbrella.

Arin is a father of five and husband of one, a fellow traveler who forgot his map....[more]
[click here to view all Parish Life posts]
“An Orthodox community where people find transformation in Jesus Christ.”

Arin is a father of five and husband of one, a fellow traveler who forgot his map.